Southern Pacific Inflatables – A History of New Zealand Made Quality 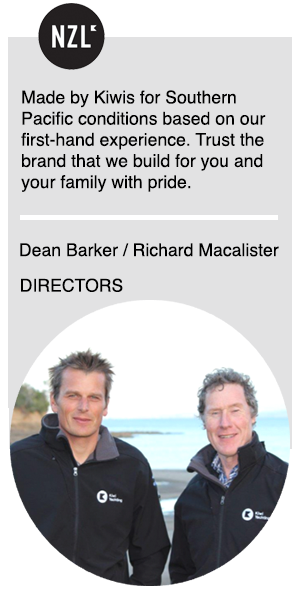 Since 1988 Southern Pacific has built inflatable boats for Kiwis to withstand the harsh New Zealand conditions. Back in those days the fabric was glued together by hand, transoms were crafted from plywood, and the yard operated out of Brown’s Bay.

In 2013 international yachtsmen Richard Macalister and Dean Barker saw an opportunity in a brand that had entrenched itself in New Zealand boating. During their experiences racing and working in the marine industry overseas they saw inflatable boats being used everywhere from rescue craft to super yacht tenders. With an influx of poorly built boats, mostly out of Asia, they had a vision to bring back quality, locally crafted boats to New Zealand, and the rest of the world.

Through almost 2 decades of evolution, Southern Pacific now manufactures out of a world class facility in Kumeu, West Auckland. PVC tubes are machine cut from digital patterns out of the highest quality fabric, and the seams thermally welded together to ensure maximum strength and longevity. Specialising in aluminium hulls, only the highest quality welding is accepted into the factory, with CNC cut sheets ensuring perfect symmetry in the larger RIBs. Drawing on the skills of renowned local naval architects, Southern Pacific designs are constantly improving with customer feedback.

Southern Pacific is now the country’s leading inflatable boat producer, building anything from small tenders for chandleries through to 14 metre Hypalon tubes for international coastguard and military contracts.

And they are still all proudly made here, in New Zealand.